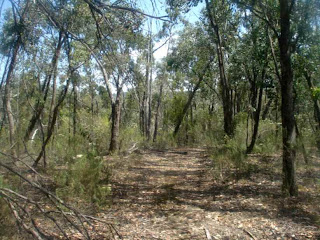 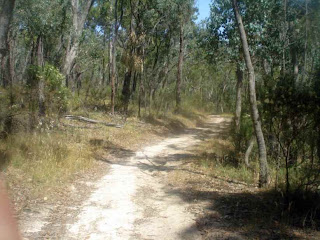 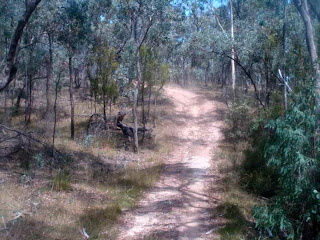 Fiddler's Gully is an old gold-mining area in the Warrandyte State Park, 20 km east of the Melbourne CBD.

It's heyday was in the 1850s, when alluvial gold was taken from the steep Fiddler's Gully.

This "goldrush" was shortlived, with most activity in this area having been abandoned by the 1870s.

Very little of the gold frenzy remains in Fiddler's Gully now - a steep walking track goes down to the bottom, passing old mounds of tailings almost buried in the scrub.

The loop track is reached from a gate near the junction of Wildcat Gully Track and Webb Street. It is about 3 km in total, parts of it steep, stony and rocky.

Sadly, no nuggets were found!