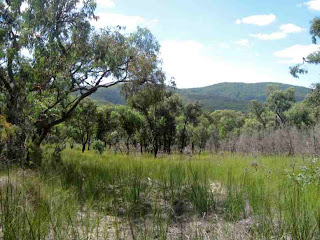 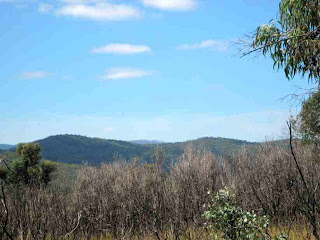 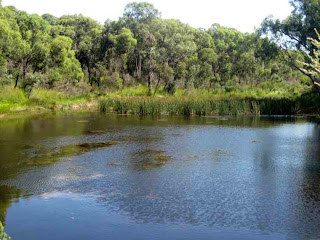 The unique Buttongrass Nature Reserve is in the south of the Bunyip State Park, 70 km east of Melbourne, between the towns of Gembrook and Tonimbuk.

It is reached from the Gembrook-Tonimbuk Rd, turning off at Camp Rd, then to a small car park at gated Guide Track.

A superb 3 km interpretative circuit walking track winds its way around the Reserve, passing through bushland, wetlands, grasslands and over boardwalks. This starts about 200 m south of the gate, and is well signposted, including a comprehensive information board.

Sections of the track have been widened and surfaced with gravel.

There are excellent views of the nearby Black Snake, Weatherhead, and Blue Ranges which surround the Park.

A large picturesque dam is situated near the start of the track.

Buttongrass is found only in Wet Heathland areas, such as in this Reserve, and is prevalent alongside the Boardwalks.

There are numbered markers along the trail at points of interest.

The Buttongrass Reserve and adjacent forest was devastated by bushfires in 2009, and many of the track markers and wooden boardwalks were destroyed.

The track was closed until the end of 2009 to allow repairs to be made, signage replaced, and new seats constructed at vantage points.

A firebreak is being constructed through the Reserve.

Maintenance of the Reserve is undertaken by the Friends of the Bunyip State Park, in conjunction with Parks Victoria and the local Shire.