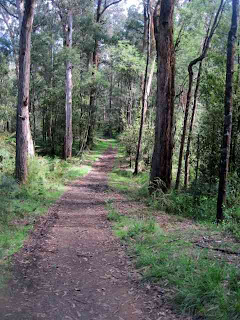 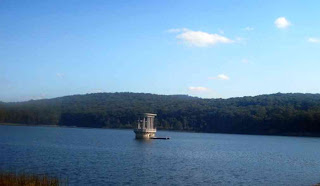 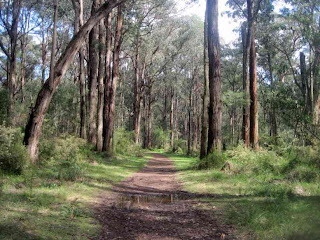 From the Eagle Nest picnic ground, off Silvan Rd, I followed the Hermon Track, then into Eagle Nest Track and back to the car.

This is about 3 km total, and follows the Lyrebird Creek Gully, passing beautiful ferns - colorful spring wildflowers were in full bloom.

At the edge of this forest is the Silvan Reservoir Park.

Extra management facilities have recently been constructed at the Reservoir by Melbourne Water. These include a new boat-landing at the outlet tower, and an extended jetty.

The Reservoir was commissioned in 1931, having been built by damming the Stonyford Creek.

An information board at the main Viewing Area has some fascinating photos of the history and construction of the Reservoir.

Large underground pipes carry water to other storage reservoirs near Melbourne, such as Preston, Surrey Hills, Greenvaler, and Cardinia.

Water is received from the O'Shannassy, Upper Yarra, and Thomson Dams, as Silvan has only a very limited catchment.

See all of the Photos
Posted by Bob Padula at 9:41 AM