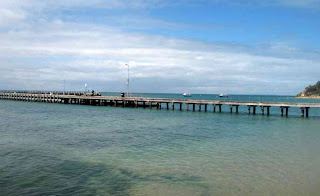 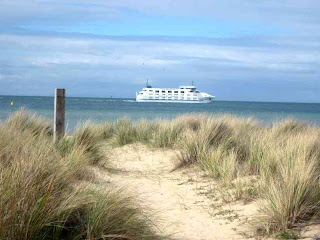 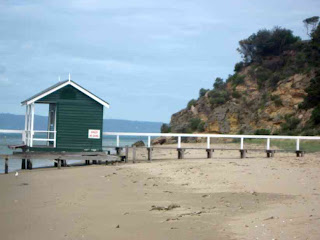 Portsea, 95 km SE of Melbourne, is considered by many to be the hub of Melbourne's recreational scuba diving activities. No less than four scuba related shops operate from in its otherwise modest main street. Dive boats travel to sites both inside Port Phillip and outside Port Phillip Heads, also known as The Rip.

OCS Portsea, an army establishment, was located just outside the town. The historic reserve became famous when Prime Minister of Australia Harold Holt disappeared while swimming inside the facility at Cheviot Beach on December 17 1967 and was officially presumed dead two days later, although a formal inquest into his death did not take place until 2005.

Portsea is named after Portsea Island which is an island incorporated by Portsmouth, England, United Kingdom. Portsmouth is where the first settlers to Australia set sail from.

The Portsea Pier is the home to the spectacular leafy sea dragon, as well as many other fish species, including numerous pufferfish. Boating traffic is frequent, and divers should be careful to avoid main boating routes.

I visited Portsea on Monday afternoon October 18, 2010, for an exploration of Shelley Beach and the Coastal Reserve, a hike of about 3 km return.

See all of the Photos
Posted by Bob Padula at 8:54 AM