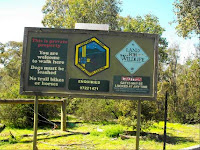 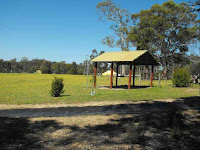 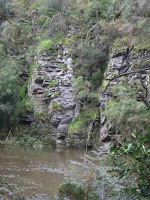 Surrounded by hundreds of hectares of the Warrandyte State Park, it is owned by Scouting Australia - Victoria, and members of the public may explore it by foot at any time. There is access through it to the Yarra River precinct at the northern boundary.

Clifford Park, honouring the late Lord Clifford, is perhaps the most significant scouting site in Australia, having been the location of two Jamborees and the World Rover Moot.

It is part of the former 200 hectare property known as Yarra Brae Farm.

In 1962, the farm was the site for the 7th World Rover Moot the first world scouting event ever to be held in Australia. The World Rover Moot was attended by more than 1000 Rover Scouts from across the globe.

Following the death of Lord Clifford, Yarra Brae Farm was sold at auction in 1967. The new owners continued to allow scouts the continuing use of the area surrounding the old parade ground along the river.

After purchase by Scouts Australia in 1983, the site was used mainly at weekends as a scout camping and activity venue. In 1995, in an effort to be more proactive in the community the Committee of Management decided to sponsor a new organisation, The Friends of Clifford Park, and open the property not just to scouts, but to the wider public as the "Clifford Park Activity Centre".

The first subdivision of the farm was approved in 1983 and Scouts Australia, Victorian Branch was able to purchase freehold the present 50 acre site which became known as "Clifford Park".

At around the same time, the Victorian Government resumed the whole Yarra River frontage to become part of the Warrandyte State Park,

With the support of Manningham City Council, both Federal and State governments and TAFE institutes at Box Hill, Swinburne and Holmesglen, the Friends have helped transform the park into a place of adventure, excitement and passive recreation -- a centre that can accommodate the needs of both scouting and non-scouting communities and one of which the whole community can justly be proud.

All developments to this stage have been carried out according to a master plan approved by the City of Manningham, which emphasizes the values of environment, activities for youth and scouting heritage.

See all of the Pictures of my visit, taken on September 20, 2010, on a 3 km hike, which show the general environment, some of the tracks, the Yarra River, and the adjacent Warrandyte State Park. I've included some archival images from the 1948 and 1956 Jamborees for comparison purposes.

There is comprehensive information about Clfford Park at the following Website, to which acknowledgement is given for some of the historical background in this Photo Article:

http://www.vicscouts.asn.au/CliffordPark/index.html
Posted by Bob Padula at 10:37 AM