From the car park just off Ridge Rd, at Eyre Rd, I followed the Kyeema Track to Burke's Lookout, then to the Mt Corhanwarrabul Reserve next to the TV towers.

Hang Gliders were preparing for their flights at the Lookout.

The views are superb!

There are four TV towers at Mt Dandenong:


The small 69 m tower built 1955/56 for the Nine Network. The transmitter was relocated to the taller Channel 10 tower in 1996. The Channel 9 tower is now known as the TXA Observatory Rd tower, and is used only for FM radio. It is located about 1 km from the Ch 2/7/10 tower cluster.

138 m, located just to the north of Burke's Lookout, built 1955/56. Now known as the Broadcast Australia Eyre Rd tower, it has transmitted Channel 2 signals across Melbourne for more than 50 years. It also carries SBS and Channel 31 services, several FM stations such as ABC FM and JJJ, digital radio services, and hosting the emergency services signals.

It was originally built to a height of 100m, and has been extended several times since, including an extension in 1979 for the opening of FM and in 2001 for digital TV.


This is 130 m high, adjacent to the ABV tower, and was built for the Seven Network in 1955/56. It's height was increased in 1996 and again in 2001 for digital TV. It's now known in the industry as the TXA Eyre Rd tower and is used as a backup for all three commercial networks.


This is the giant of the hills and is sited on the south side of Burkes Lookout, and originally built to a height of 180 m. It was extended in 2001 and now is at 190 m. Construction started in 1963 and was completed in 1964, for the opening of Melbourne's third TV station Channel 0. It changed in 1980 to Channel Ten and is now known as the TXA Ornate Rd tower, used for carrying all three commercial networks, several FM stations, digital radio, and is available as a backup for ABC and SBS.

In 1996, the commercial stations amalgamated their interests and handed over control to TXA (Transmitters of Australia).

The GTV9, ABV2, and HSV7 towers were built in a hurry for the November 1956 Melbourne Olympic Games.


The towers don't like very tall as seen from Melbourne's eastern suburbs, but standing below them one gains a much better understanding of their height! They are absolutely huge! The summit of Mt Dandenong lies at 628 m.


As seen from the west, a very noticeable scar is visible on the front face of Mt Dandenong. It was made in the late 1950s to accommodate power lines and caused controversy at the time. The power lines have since been removed but the gap still serves as a fire control line. Soil erosion has cut deep gouges out of the track, making vehicle access impossible. It now serves as a very challenging hike, starting at Glasgow Rd and ending at the Kyeema Memorial Cairn, on Kyeema Track, near Burke's Lookout.


This author has never done that hike, but those who aspire to climb Mt Everest may be seen on it most weekends on training sessions!


The Kyeema ANA DC2 air disaster occurred in 1938 on the west face of Mt Dandenong, near what is now Burke's Lookout, with the loss of 18 lives. The Memorial Cairn and Crash Site Marker are adjacent to the TV towers.


A graphic account of the crash disaster was published in Flight Safety magazine, which may be viewed at

See also "Disaster in the Dandenongs", by Macarthur Job, OAM, from Sierra Publications Australia, at

The Hang Gliding launch ramp is at Burke's Lookout - the landing target site is at Kilsyth.

The four images below were taken during 2015, and added to this Weblog on October 1, 2017. They were supplied by reader Tim Dykes, who was working on the Telstra mobile tower. 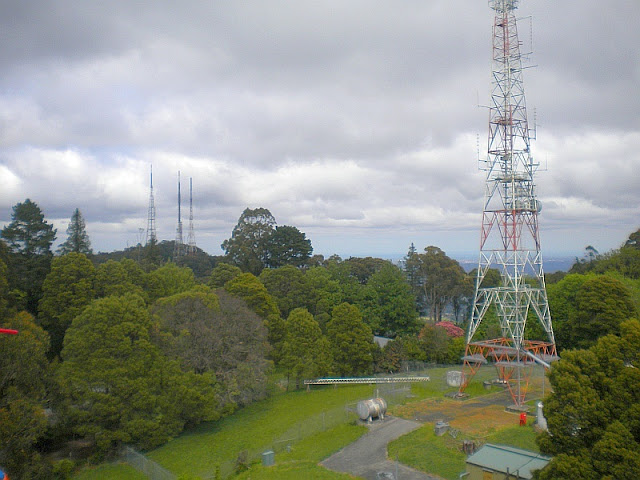 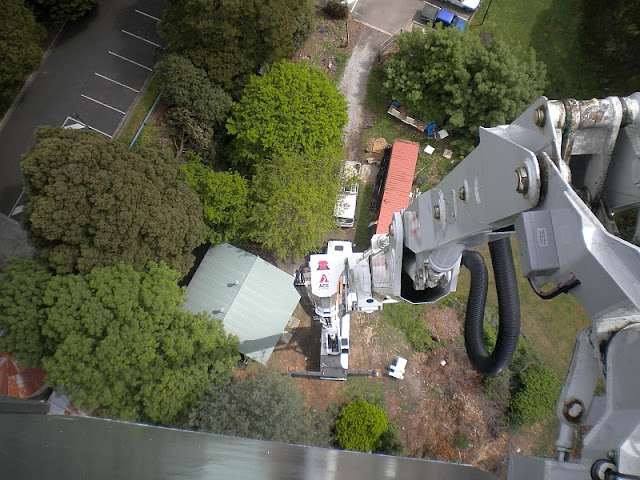 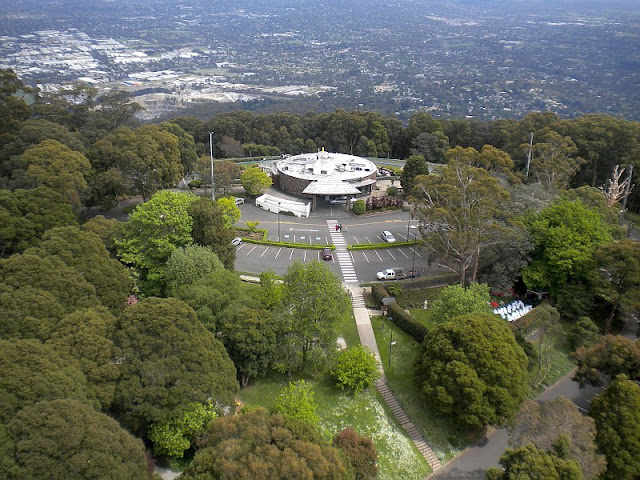 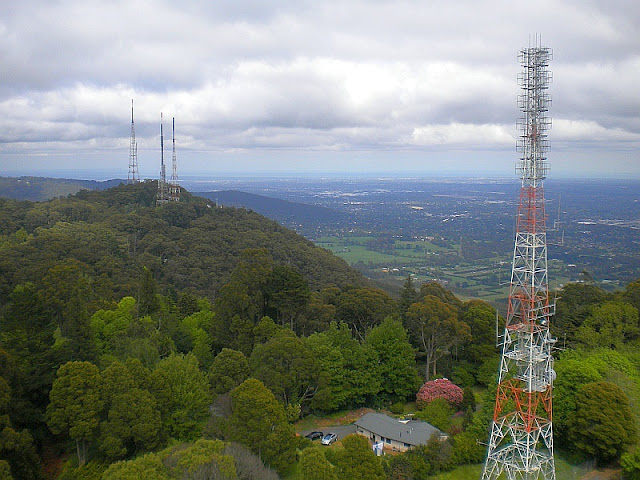