Exploring the Ghost Town of Fernshaw 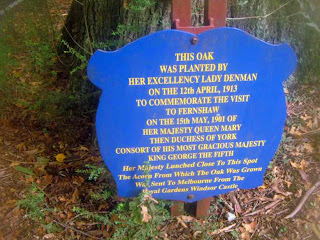 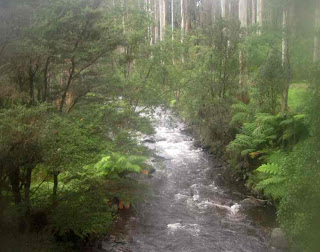 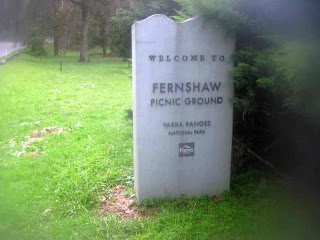 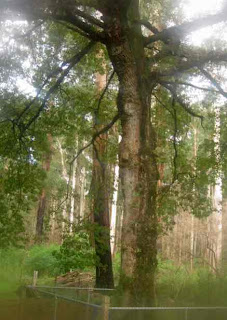 These images were taken on April 11, 2011, at the site of the former town of Fernshaw, deep in the Yarra Forest, about 80 km east of Melbourne.

The town was abandoned and sold by auction in the 1890s, after the collapse of the gold mining and timber cutting boom.

The original dirt road from Healesville was known as the Fernshaw Rd, and the town was the main stopping point for stage coaches travelling from Melbourne to the gold mining and timber cutting areas in the mountains further to the east.

Following commissioning of the Maroondah Reservoirn 1927, the Fernshaw Rd was sealed as far as the Graceburn Weir.

In 1937, the Fernshaw Rd was rerouted at Fernshaw to create the Black's Spur Deviation Rd, and the new bridge was built.

The old road past Fernshaw is off-limits to the public, and is known as Melbourne Water Management Rd 13 - the access gate is directly opposite the picnic ground.

All that remains are very tall non-native trees, planted by the first settlers, after the Aboriginal tribes were forced out of the area.

The picnic ground was actually the site of the main street in the 1860s, which boasted several hotels, a school, houses, and shops.

The well-known "Morley's Track" starts at the picnic ground, which is a walking route 5.5 km up to the Dom Dom Saddle, and then onwards to Mt. Donna Buang.

Ths track was severely impacted in the 2009 bushfires and is currently closed to walkers.

Fernshaw is now a stopping point on the main highway which runs over the Black's Spur, to Alexandria, and linking with the main road to Marysville.

Note that there is no public access to the Melbourne Water catchment zone next to the Watt's River at Fernshaw. Remnants of the old tarred road into the town still exist, leading to a locked no-access gate on the south side of the river.

See all of the Photos of my visit, which include some heritage pictures, taken from my forthcoming internet-based Educational Research Project, "Fernshaw Pictorial Heritage".
Posted by Bob Padula at 11:50 AM