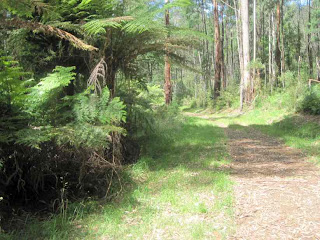 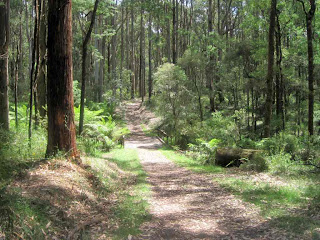 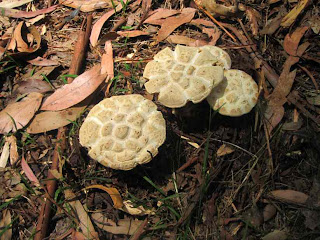 These pictures were taken on Saturday afternoon January 8, 2011, in the Olinda Forest, 40 km east of central Melbourne.

My 4 km return hike started at the Eagle Nest Picnic Ground, then along Hermon Track, George's Track, and back along Eagle Nest Track.

This loop followed the Lyrebird Creek Gully, which was crossed during the hike.

The day was terribly hot, 39 degrees!

Many birds live in the canopy, screeching and chirping and disturbed at my encroachment on what they believe is their territory!

See all of the Photos of my hike!

This hike is one of the best in this section of the Dandenong Ranges National Park, passing magnificent ferns through former logging forest.

Thew Eagle Nest Picnic Ground is the site of a former farm, which existed up to the 1940s, but no trace remains.
Posted by Bob Padula at 9:04 AM