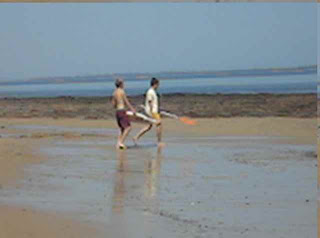 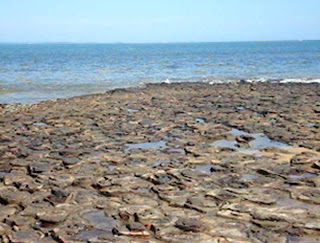 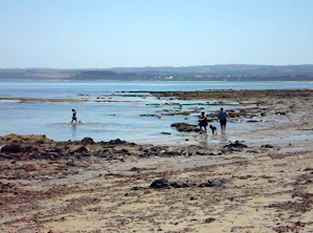 Somers is a small settlement on Westernport Bay, about 70 km south of Melbourne.

The eastern beach extends for several kilometres to the perimeter of HMAS Cerberus, the Naval Facility, a prohibited area.

I visited Somers on Saturday afternoon January 30, 2010. Leaving the car at the main car park opposite the historic General Store, I followed the clifftop trail through bushland, reaching the beach.

From there I followed the coast to Sandy Point and returned the same way, about 6 km total.

The tide was out, exposing vast rock pools and reefs.

Yachts from the Somers Club were engaged in their circuit race out in the Bay.

A note of caution - the 1 km section of this beach and foreshore leading to the HMAS Cerberus fence is in an "optional clothing" area!