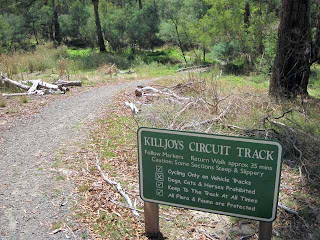 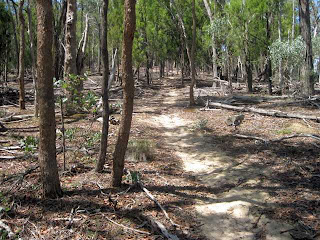 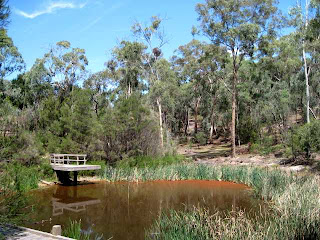 The Currawong Bush Park is a 60 hectare area of preserved bushland, 25 km east of Melbourne, in the outer east suburb of Warrandyte.

It is reaached from Reynold's Rd, near the end of Springvale Rd.

It is adjacent to the Mullum Mullum Creek, and a large section of the park was originally a cattle farm until the 1960s.

The land and outbuildings were acquired in 1969.

Prior to Western settlement in the 1830s, the area was inhabited by the Wurrundunji Aboriginal peoples.

I visited the Park on Wednesday February 17, 2010, on a 3 km circuit around the Park, which included the scenic Killjoy Track.

Many colorful birds were seen. Unfortunately, the Sanctuary compound has now been closed down.

For detailed information about the histiory and ecology of the Park, go to