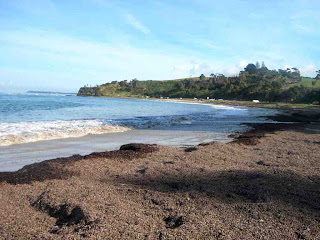 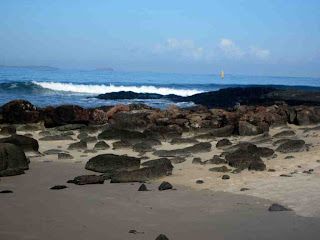 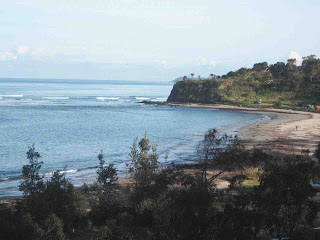 These pictures were taken on Tuesday afternoon July 27, 2010, on a beach hike on the Shoreham Coast, Westernport Bay, 70 km SE of Melbourne.

My hike started at the foreshore carpark, over Stony Creek on to Honeysuckle Point, then return, and an extension to the west head.

There was interesting surf running, with several body-surfers enjoying the action, some doing the new stand-up "paddle surfing"!

See all of the Photos of my visit, which includes an historical image dated to 1940, showing the jetty, which was dismantled in the early 1950s. This jetty was used by boats which picked up produce from the nearby farms, and for supplying them with fresh supplies. It was also used by fishing boats, which would unload their catches on to waiting trucks, destined for the railway at Balnarring, or to Melbourne.

The hike distance was about 4 km.
Posted by Bob Padula at 9:09 PM