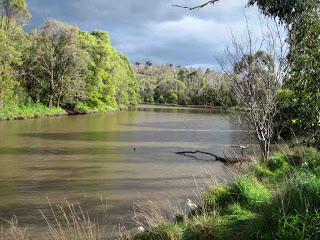 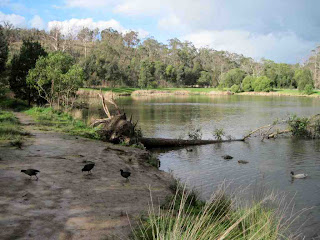 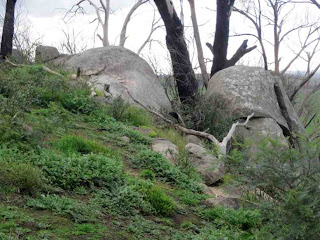 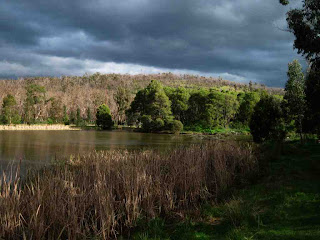 Originally owned by a farming family, the Birds, it was known locally as "Bird's Paddock".

It was sold to the then Shire of Sherbrooke in 1984 and opened to the public for bushwalking, picnicking and sightseeing.

It is a very important habitat link for locally rare Platypus and the Yellow-belied Glider.

The reserve waterways are managed by Melbourne Water and other areas managed by Shire of Yarra Ranges.

There are two main water storages - the Lagoon at the eastern end and the large Lake at the west.

Monbulk Creek flows through the Reserve.

Birdsland Advisory Committee help make decisions for a broad overview to management of the reserve. The committee has developed a sustainable design education centre, including solar panels, composting toilet and water tanks.

Next door is the Southern Dandenongs Indigenous Plant Nursery which is a not-for profit group which provides a range of plants that are native to the Dandenong Ranges.

In February 2009 a big bushfire swept through the Birdsland area and grew to around 300 hectares coming just two weeks after the 2009 Victorian bushfires.

The fire caused extensive damage to facilities, tracks, and fences - some walking tracks have been closed to allow revegetation and for safety reasons.

New fences and gates have been constructed at the car-park, and rehabilitation is continuing.

Lysterfield Park adjoins the southwestern section of the Reserve.

I visited the Reserve on Thursday August 19, 2010, a bleak, cold day. I followed the main Trail around the Lake, and then a hike up Sunset Track into Lysterfield Park past the granite boulders, with good views across the Monbulk Creek Valley towards the Dandenong Ranges, about 4 km total.

See all of the Photos of my viusit!
Posted by Bob Padula at 9:15 AM