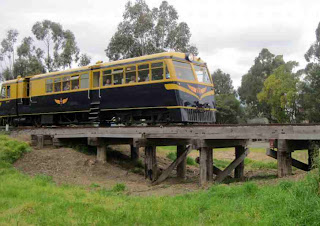 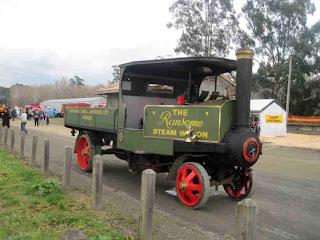 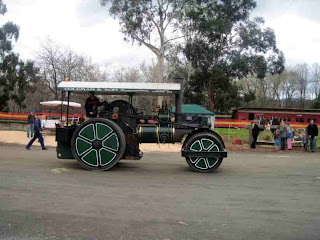 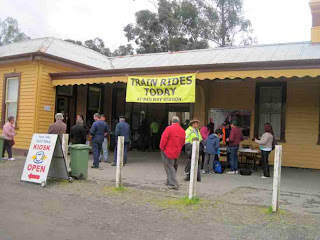 Many interesting displays and exhibits were enjoyed by hundreds of visitors.

The Healesville Railway served the Yarra Valley for nearly 100 years, until the line was closed in December 1980.

Since July 2010, the railway is now running train rides on RM22 from Healesville to Tunnel Hill, crossing the Watts River, under the Donovan's Road overbridge and through the historic tunnel at Tarrawarra Winery.

The Society is working hard to rebuild the line from Healesville back into Yarra Glen - the short term objective is to reach Tarrawarra station.

The Society hopes that the recommencement of passenger trains will help to open up the region further to tourism.

Membership of the Society is welcomed. For further information, please - visit the Society's website at http://www.yrv.com.au

The Festival was sponsored and supported by the Shire of Yarra Ranges.
Posted by Bob Padula at 1:33 PM