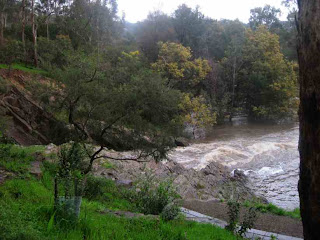 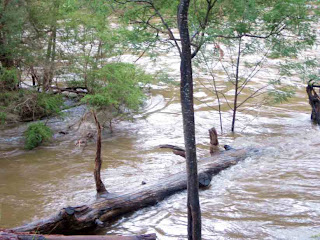 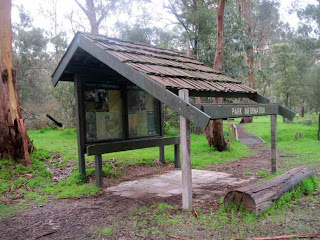 My route was from the Pound Bend Picnic Reserve, following the flooded Yarra, then through the Kangaroo Paddock, and back along the upper track, passing the Pound Bdnd Tunnel.

The kangas were grazing in their paddock!

The western area (Tunnel) of the Pound Bend section of the Park was officially opened in 1975 - the eastern section (Kangaroo Paddock area) was added in 1984.

The Park was officially proclaimed in 1969.

See all of the Photos of my visit!
Posted by Bob Padula at 8:50 AM