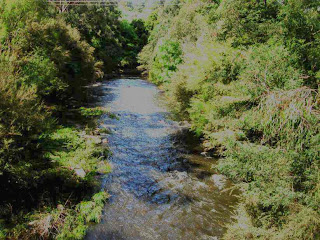 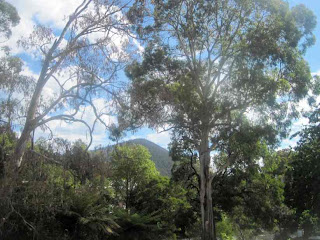 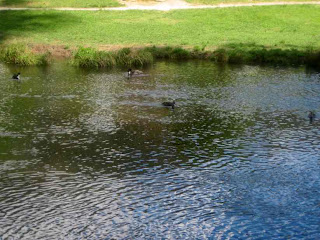 It was a warm and sunny afternoon.

My 4 km return hike started at the main bridge over the Yarra at the eastern end of the town, and I followed the Warburton River Walk to the west.

This took me along the south bank, then across the Redwood Bridge, along the north bank, past the Swing Bridge, and the Brisbane Bridge.

The Yarra was a raging torrent, due to sustained heavy rain in the catchment region, and was very close to bursting its banks.

See all of the Photos of Warbuton River Hike, which include an archival image showing log-hauling along a timber railway in Warburton in 1906.
Posted by Bob Padula at 6:41 AM