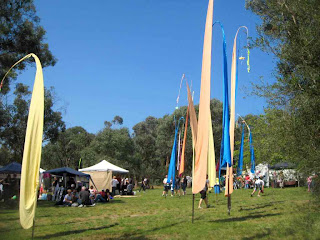 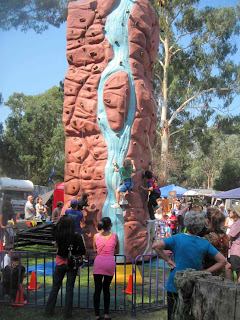 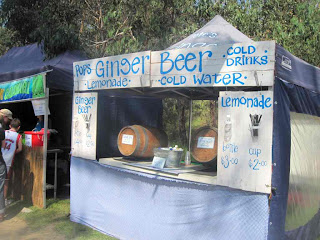 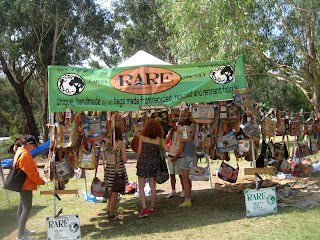 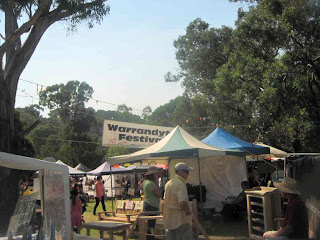 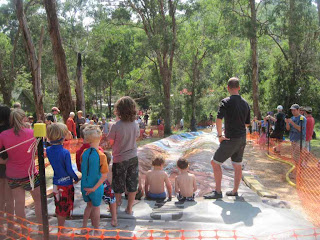 The Warrandyte Festival is a celebration of living in Warrandyte, 20 km east of central Melhourne, in Victoria, Australia.

Each year, the Festival welcomes thousands of locals, families and participants to experience the unique surroundings and village atmosphere.

On the banks of the Yarra, festival-goers enjoyed the duck race, billy cart derby, great live music and fabulous festival fare. The kids were entertained all weekend while adults enjoyed the swinging sounds of vibrant bands and catching up with friends.

Thes Festival was held from 18 to 20 March 2011 in Stiggants Reserve, Yarra Street, Warrandyte - this year’s theme was ‘Carnivale’.

The Festival kicked off on Friday night with a Battle of the Bands.

Everyone was entertained by a variety of performers, most of whom have a local connection. The Reserve was filled with market stalls and static displays hosted by local schools, hobby, sporting and action groups. This was a great opportunity to find out more about the resources available to the Warrandyte community.

Community groups including the CFA, Lions Club and local schools also sold burgers, egg and bacon rolls for breakfast, plus hot and cold beverages. Many regular food stall holders and community groups participate every year, some having been with the festival for over 20 years!

The photos were taken on Saturday March 20, 2011 - they show a variety of events, displays, entertainment, and activities.

Radio Eastern FM 98.1 was broadcasting live from the Festival - it's main studios are in Croydon.

The planning and organization of the Festival was done by the Festival Committee - major sponsors were the Manningham City Council and Nillumbik Shire Council.

The first Festival was held in April 1977.

Everyone had a good time!

See the Video, and all of the Photos of the Festival!
Posted by Bob Padula at 8:11 AM