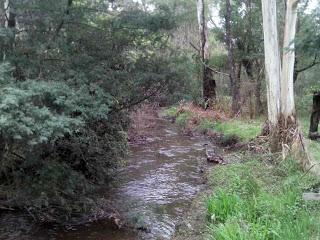 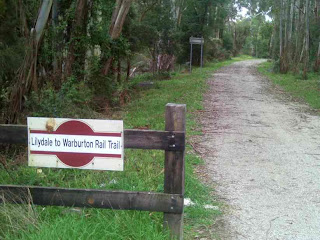 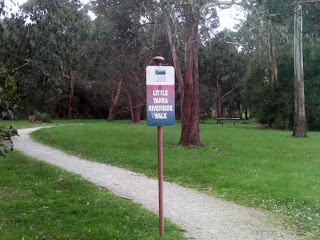 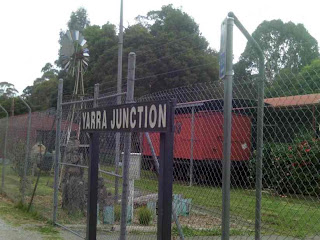 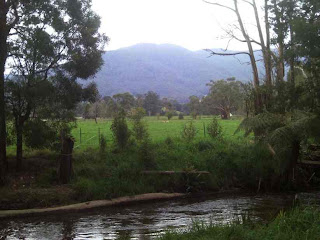 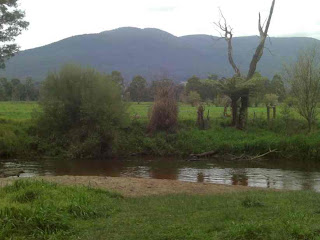 They show the scenery, features, fauna, and environment on a 4 km hike at the town of Yarra Junction, 60 km east of Melbourne.

My route started at the junction of Corduroy Rd and the Lilydale-Warburton Rail Trail, along the Trail to the Upper Yarra Museum Precinct, then on to the signed Little Yarra Riverside Walk to its end. My return was via the same route.

The Museum is the former Yarra Junction railway station, on the old Warburton line, which closed down in 1965.

The Museum is open on Wednesdays, Sundays and Public Holidays, and a small admission charge is made.

It contains a vast collection of relics, memoriabilia, artefacts, photos, paintings about the history and development of the region.

The external exhibits show rolling stock, transport, machinery, tools, engines and lots more! Much of this is related to the logging era.

In the early 20th century, the Yarra Junction area was the biggest source of timber in Victoria.

There were sidings at the station, some retained.

See all of the Photos of my visit!
Posted by Bob Padula at 11:50 AM