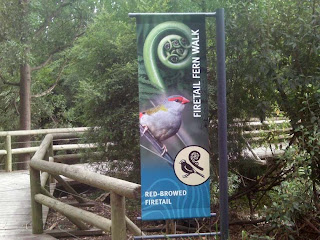 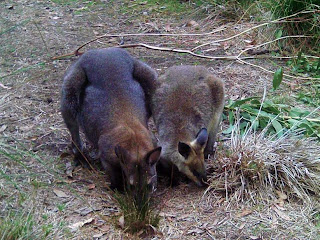 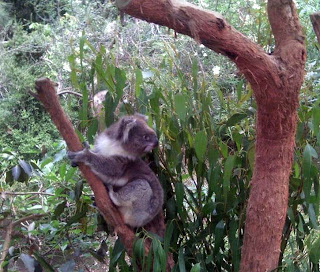 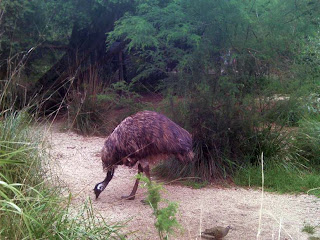 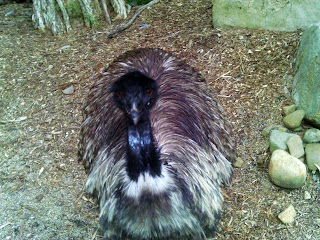 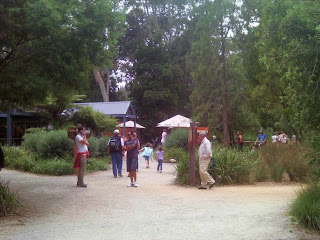 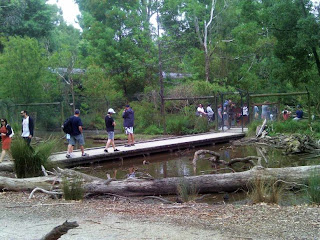 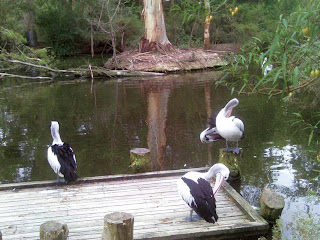 Pix taken on January 9 2012 at the Healesville Sanctuary, 70 km east of Melbourne.

Healesville Sanctuary, or the Sir Colin MacKenzie Fauna Park, is a zoo specializing in native Australian animals, and has a history of breeding native animals.

It is one of only two places to have successfully bred a platypus, the other being Sydney's Taronga Zoo. It also assists with a breeding population of the endangered Helmeted Honeyeater.

The zoo is set in a natural bushland environment where paths wind through different habitat areas showcasing wallabies, wombats, dingoes, kangaroos, and over 200 native bird varieties.

Dr Colin MacKenzie (knighted in 1929) set up the Institute of Anatomical Research in 1920 on 78 acres (32 ha) of land which had formerly been part of the Coranderrk Aboriginal Reserve. The Reserve passed to the Healesville Council in 1927 and became the Sir Colin MacKenzie Sanctuary in 1934.

The first platypus bred in captivity was born at the Sanctuary in 1943 when it was managed by David Fleay.

The Sanctuary has two well-signposted walking trails, about 4 km total length, passing around the animal enclosures, along gravel pathways, and on bridges over the creek.

Many interpretative signs describe the history of the Reserve, and the animals, snakes, birds and reptiles to which it is home.

The Koalas may be viewed from a raised walkway.

Native birds and ducks compete for space on the pathways, and there is a beautiful lake with resident pelicans!

An admission fee is charged, and there are restaurants and a tourism shop.


Please see the Slide Show of my visit, and my YouTube video (above)
Posted by Bob Padula at 7:22 AM