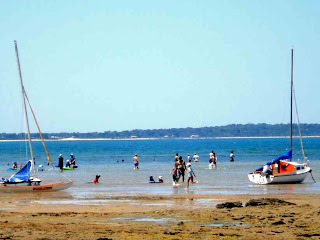 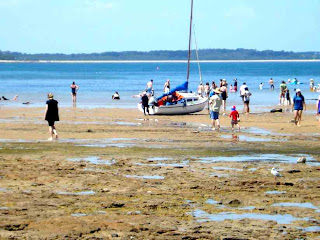 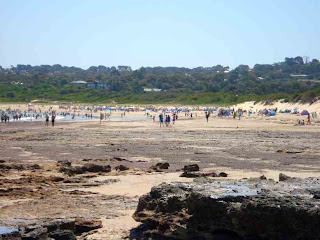 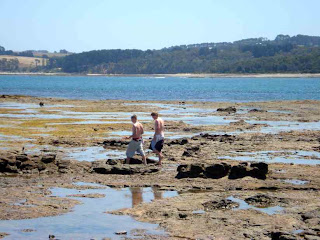 I think that everyone in Melbourne had the same idea - I estimated that there were at least 6,000 thronging the beach!

From the car park on Western Parade, I followed the main walking track along the top of the cliffs, then descended to the beach near the Pt Leo Boat Club and jetty.

From there, I walked along the beach past Bobbanaring Point, then out to the southernmost part of the vast exposed reef.

The tide was very low!

Many visitors were exploring the reef and rockpools - lots small boats were in action nearby - thousands of people were frolicking in the surf.

This beachwalk was about 5 km in total.

The Photos show the variety of activities, several candid-camera shots, and the many small brightly colored temporary igloo-type tents which had sprung up along the beach!