On Sunday June 13, 2010, I visited the Pound Bend Section of the Warrandyte State park, 25 km east of the Melbourne CBD.

From the main Picnic Ground at the end of Everard Drive, I followed the Pound Bend Walking Track alongside the Yarra River, reaching the large cleared Kangarro Paddock.

This Paddock was formerly an orchard, prior to its acquisition by Parks Victoria in 1984.

Many Eastern Grey Kangaroos were grazing in their Paddock, with at least one Joey!

Colorful winter Fungi had appeared along the Track.

One Koala Bear was sighted, high up in a gum tree, adjacent to the Track.

The hiking distance was about 3 km return, which included a walk around the Kanga Paddock!

In the early 1900s, the area now known as Pound Bend was set aside as a Koala Sanctuary. 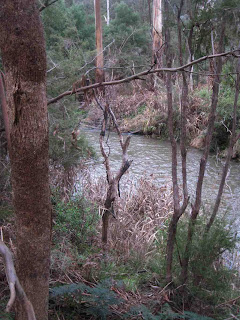 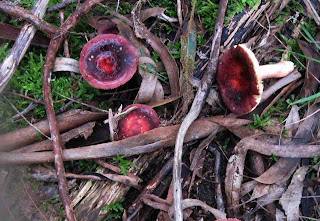 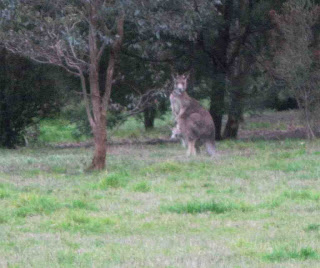 See all of the Photos of my visit!
Posted by Bob Padula at 8:28 PM