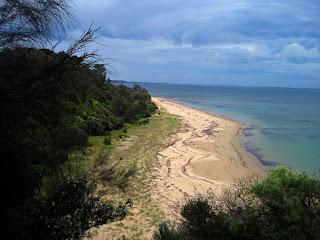 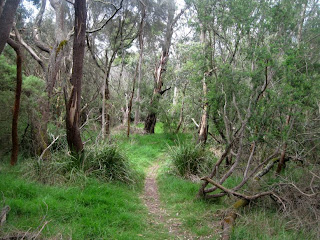 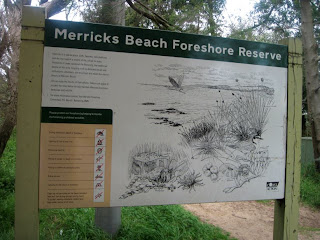 Merricks is a small costal settlement on Westernport Bay, 80 km south of Melbourne.

Merricks was part of the Parish of Balnarring and is believed to be named after an early cattle station owner. It was first settled in 1865 by John Caldwell, who built "Koonoona", a wattle cottage. Unlike Balnarring and Hastings, Merricks's early settlers preferred running cattle and sheep to growing orchards. In 1902 a post office opened which was served by Cobb and Co from Crib Point; this closed in 1979.

In 1920, a co-operative cool store was built in nearby Red Hill, and from 1921 until 1953, a railway from Bittern to Red Hill travelled through Merricks, although it received little use after its initial decade of service.

A small primary school was also opened in 1921, closing in 1951 along with several others in the region when Red Hill Consolidated School commenced.

The Victorian Municipal Directory in 1962 stated that Merricks contained "(only) a general store and post and telegraph office".

Merricks Beach is quiet and placid, with a Yacht Club.

A Nature Trail follows the top of the cliffs easterly towards Balnarring Beach, offering nice views of the Bay from a Lookout.

I visited Merricks Beach on Tuesday afternoon October 12, 2010, for a 3 km hike along the cliff top and back along the beach.

See Photos of my visit!
Posted by Bob Padula at 7:29 AM