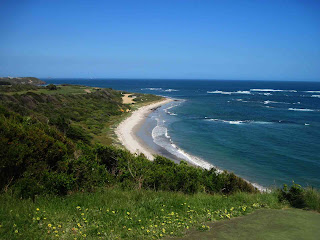 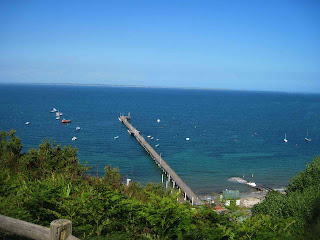 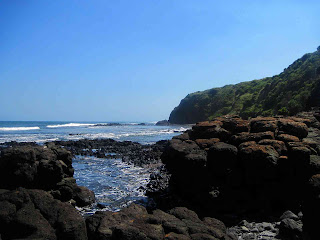 These photos were taken on Thursday October 28, 2010, at Flinders Coast, 80 km south of Melbourne.

They show the Ocean Beach, the Cliffs,and  the Jetty, on a 3 km beach hike.

See all of my Photos, which include some black/white images which I took on January 13, 1952, from the same locations. This was on a beachwalk from to Flinders, an activity organized by the YMCA, based at Camp Buxton, Shoreham, at a ten-day camp for disadvantaged boys, which I was attending.
Posted by Bob Padula at 10:29 AM