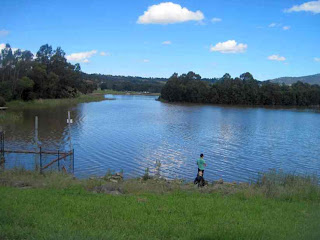 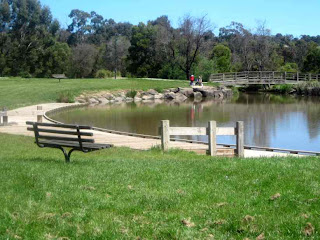 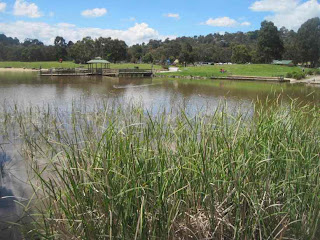 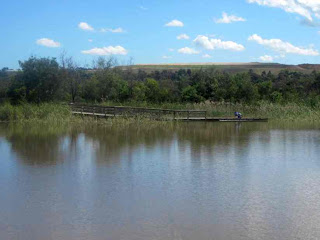 Lillydale Lake is an artificial lake and wetlands area created in Lilydale, 35 km east of central Melbourne. The park in which it is situated covers over 100 hectares and includes extensive recreational facilities and wetlands.

The lake covers 28 hectares with a 440 metre long dam wall. There are over 10 kilometres of shared trails, a community room and meeting facilities, a monster playground, toilets, barbecues and a picnic area. A boat launching ramp provides for non-powered boating. There are also two areas where dogs can exercise off leash.

Areas of Lilydale township are low lying and susceptible to flooding from the Olinda Creek.

In 1853 surveyor James Blackburn saw the site as a location for a water catchment though the Yan Yean Reservoir was eventually built instead.

The local council proposed a 65 hectare park in 1969 with several more proposals made but due to lack of funds none eventuated. Following floods in September 1984, construction of the lake was proposed to prevent future flooding and provide recreational facilities. Construction began in 1988 and was completed in June 1990. It was officially opened to the public on 7 July 1990.

I visited the Lake on November 5, 2010, following the 3 km Heritage Trail. This passed the site of the mill and cottage owned by the Cashin family, who operated it between the early 1850s until its closure in 1876. Only two walls of the original stone mill remain standing.

See all of the the Photos
Posted by Bob Padula at 12:43 PM