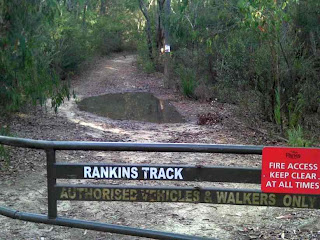 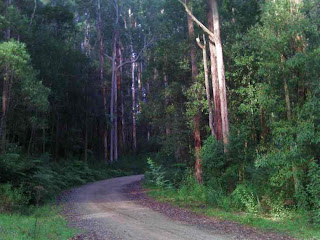 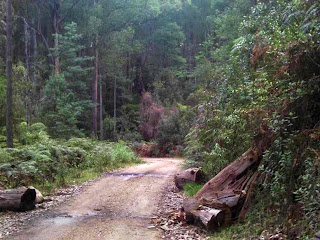 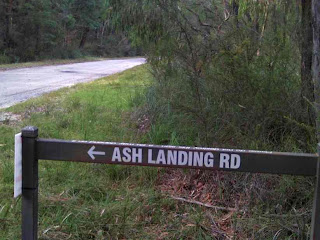 These pictures ere taken on Saturday May 7, 2011, in the Bunyip State Park, 70 km east of Melbourne.

Ash Landing Rd derives its name from the logging era, when huge Mountain Ash trees were cut down and hauled by a steam driven tramway from a sawmill to a "landing" on the present-day Black Snake Creek Rd.

This sawmill was one of several operated by Bill Russell in the 1920s and 1930s - his company was the most important sawmill enterprise in the district.

No trace of the tramway remains - the Ash Landing Rd follows the alignment.

The sawmill site is just off Ash Landing Rd, next to Russell's Creek, but is now overgrown and a large water-point/dam covers it.

See all of the Photos of my visit!
Posted by Bob Padula at 2:07 PM