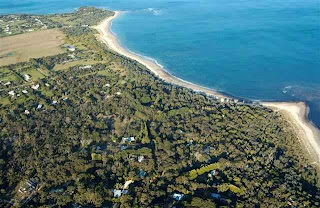 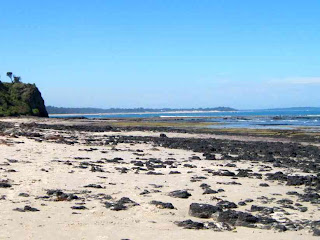 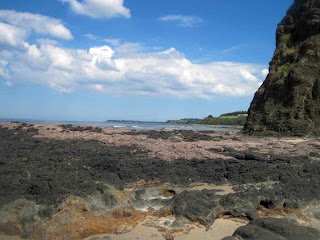 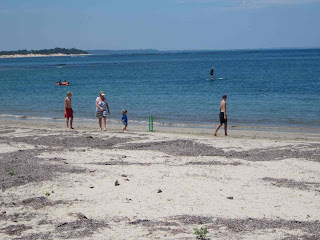 I am pleased to announce the publication of the "Shoreham Beach Pictorial Heritage" website, a free research project which traces the development, history and evolution of the scenic Shoreham Beach since its beginnings in the early 1920s, until the present day.

Shoreham Beach is 80 km south of Melbourne, in the Mornington Peninsula, on Westernport Bay, and has a colourful and rich history, having started as a fishing port.

I first visited Shoreham in January 1952, on a 10-day camp at the YMCA's Camp Buxton, which was for underprivileged 10-14 year old boys from across Victoria. Photos of that trip are at the website! Many thousands of boys attended the Camp in the years 1939 to its closure in 1955.

There are three sections in the website about the history of the YMCA in Victoria, and Camp Buxton.

In the decades since, I have made many trips to Shoreham, in pursuit of my interests in rockpooling, swimming, beach-walking, hiking, long distance shortwave radio monitoring and photography.

The website contains many heritage images dating to 1907, supplemented by my own photos and videos taken in 2011 and linked by many articles and discussions, some humorous. These include photos of Camp Buxton as it looks today - many of the original buildings and features have survived.

Following its closure, Camp Buxton was subdivided - a major part was bought by Council and became the Buxton Bushland Reserve. The remainder is now a B&B business.

The site is at http://bpadula.tripod.com/shoreham

If you are in Melbourne and haven't been to Shoreham, or a visitor, you might like to take a drive down to Shoreham and experience for yourself the wonderful bushland and coastal scenery, at any time of the year.