Marysville - a phoenix from the ashes 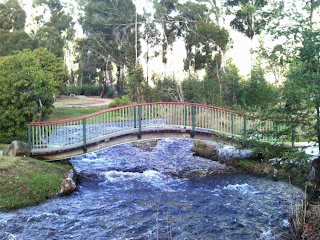 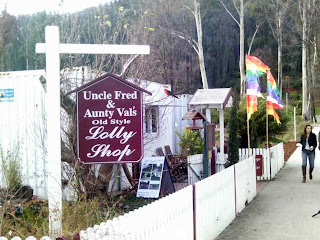 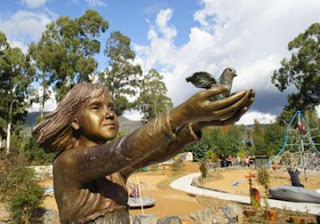 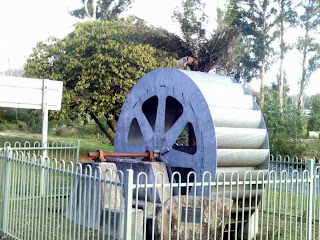 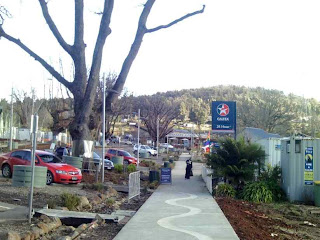 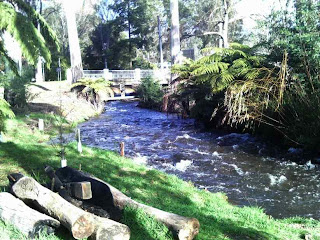 The town of Marysville, gateway to the Alpine attractions and the Lake Mountain snow region, is 95 km NE of Melbourne.

Marysville’s popular Gallipoli Park precinct has been officially re-opened to the public for the first time since the devastating Black Saturday bushfires in 2009.

Mr Ryan said it was fantastic to see the community come together to celebrate such an important milestone in the rebuilding of Marysville.

“Gallipoli Park suffered significant damage in the 2009 bushfires, including the loss of the town’s kindergarten,” Mr Ryan said.

“The restoration of the park has been a community effort, led by the local council with input and provision of resources from businesses, groups and individuals.

“The outcome is truly inspirational, striking a thoughtful balance between a place of quiet reflection and a place representing new life in the town,” Mr Ryan said.

“The playspace is state-of-the-art and has a range of equipment including an elevated sandpit, slides, roundabout, rope climbing net, flying foxes and swings," Mr Ryan said.

“The Reflective Garden provides a main entry into Gallipoli Park and features a gazebo and ‘garden rooms’, and the New Life Sculpture, designed and produced by local artist Bruno Torfs, is a permanent symbol of new life in community.”

Stage one of the Gallipoli Park restoration was funded by the Victorian Bushfire Appeal Fund and a range of private donors. Further restorative works will continue as part of stage two including new paths, landscaping, additional signage and new park furniture.

For more information about works in the Marysville and Triangle region visit the Marysville Rebuilding Advisory Centre and Community Facility or go to www.wewillrebuild.vic.gov.au

I visited Marysville on Sunday June 26, 2011 - these pictures portray my impressions of the town's reconstruction.

Sadly, most of the town's historical buildings were destroyed in the fires and the new town embodies some surviving features.

The town centre is situated along the shady avenue of Murchison Street which has been landscaped to reflect the town's natural environment. Street gutters along one side of the road have been replaced by a meandering rocky stream lined with native grasses featuring bridges leading to shop doorways.

See all of the Photos of my visit!
Posted by Bob Padula at 10:32 AM