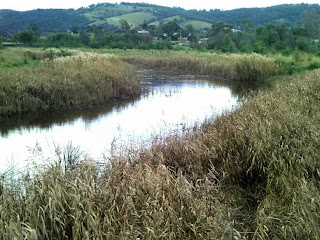 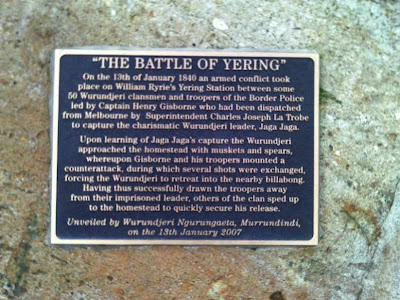 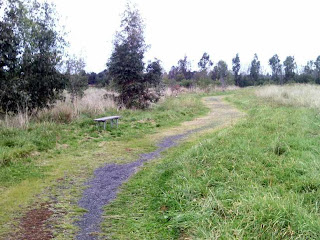 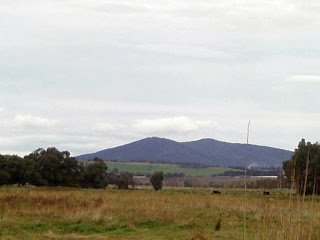 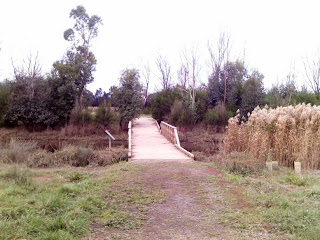 These pix were taken on June 16 2011, at the Yarra Flats Billabongs Reserve, Yarra Glen, 40 km east of Melbourne.

The Reserve was created when VicRoads acquired part of a grazing property in 1998 for the purpose of building a new bridge and the realignment of Melba Highway at Yarra Glen. In 2002 it was declared a Crown Land Reserve of Natural Interest and the Shire of Yarra Ranges was appointed as Committee of Management.

The reserve contains two sections of natural billabong (old courses of the Yarra River) joined by an excavated water hole created as part of the Highway realignment works.

An informal group of local residents had been meeting since 1999 to discuss options for development of the site, and to lobby politicians to ensure that it remained in public ownership. The Friends group was formed from this informal group in 2002 and is represented on the Committee of Management.

A major aim of the group is to re-establish the natural vegetation of the Yarra River flood plain and thereby enhance the wildlife habitat values of the reserve. Other aims include education about the values of ephemeral wetlands and highlighting the Aboriginal and European heritage values of the site.

The Reserve is reached at a small car park off the Yarra Glen Rd. A 2 km walking track and Observation Platform allows visitors to appreciate and enjoy the precinct - interpretative signs describe various features of the fauna, flora, and geography,

An important feature of the Reserve is the Commemorative Memorial Plaque, describing the "Battle of Yering" which took place in 1890.

The Plaque was commissioned in January 2004.

In February 2009, much of the reserve was destroyed by bushfires and there has been extensive regrowth and replanting.

Further information and a Historical Gallery is at the above website.

See all of the Photos of my visit!
Posted by Bob Padula at 2:52 PM