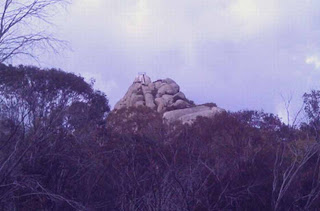 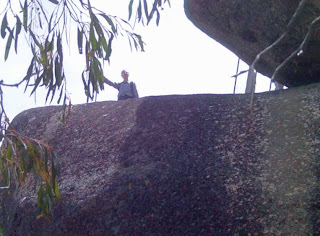 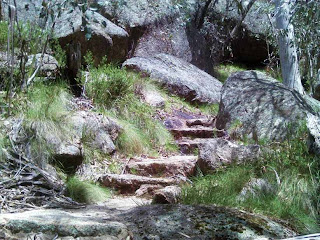 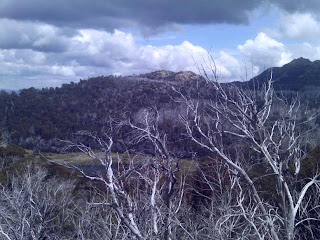 These pix were taken on Saturday December 3, 2011, in the Mt Buffalo National Park, 350 km NE of Melbourne.

They show the scenery and environment on the 2.5 km circuit walking track to the Monolith.

This rugged rock formation is 1464 m above sea level, and 130 m above Lake Catani, which is at its base.

The signposted Track is reached from the Mt Buffalo Tourist Rd, just past the Lake.

The higher section of the track is formed from stone steps set into the side of a ravine, steep in sections, crossed by small alpine brooks.

The track ends at the summit, and the return may be made by an alternative track which ends at the Mt Buffalo Tourist Rd, not far from the starting point.

At the end of the track, a further series of steps may be followed to the base of an old metal ladder, which has been closed off by the authorities as unsafe.

The views from the base of this ladder are superb, looking across the plateau in 360 degrees! The panorama from the start of the last series of steps is also very good.

See all of the Monolith Trip Pictures!
Posted by Bob Padula at 9:41 AM