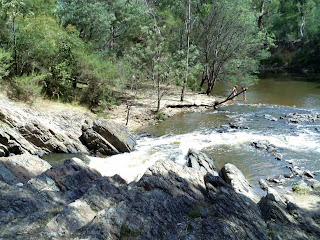 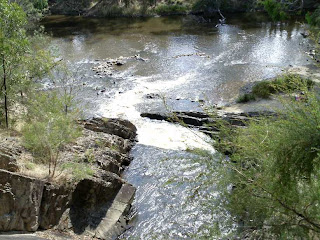 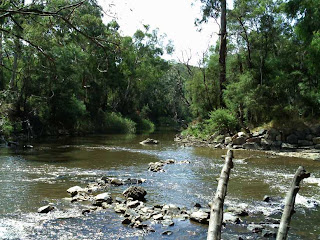 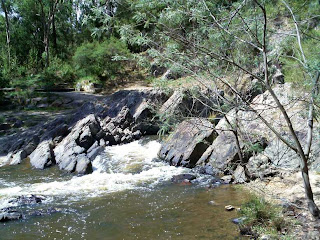 These pictures were taken on February 15 2012 in the Pound Bend Reserve, Warrandyte State Park, 15 km from central Melbourne.

They show the Yarra River, walking tracks, and the world-famous Pound Bend Tunnel.
The Evelyn Tunnel Mining Company, a public company, was formed on 8 February 1870.

The object was to create a tunnel through the narrow section where the Yarra River turns back on itself and divert the river through it. This left five kilometres of river bed which could be mined for alluvial gold.

The returns approximated the costs involved, the company never paid a dividend and was wound up in September 1872.

See all of the Photos of my visit, and check out my YouTube video!
Posted by Bob Padula at 3:35 PM