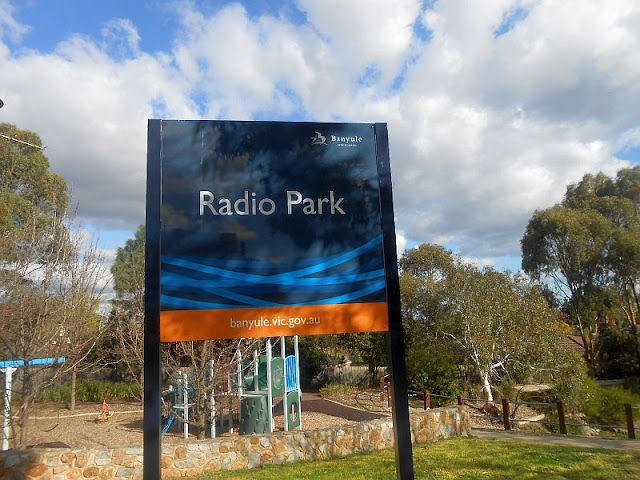 Photos of an exploration of this small historical park on August 5, 2019. It's located at 34A Casey Drive, Viewbank, in a residential area. It was originally known as the Vin Heffernan Park, opened in 2005 in memory of the noted Victorian politician who passed away in November 2002. The reserve was renamed "Radio Park" by Banyule Council,in 2016, to avoid confusion with another Vin Heffernan Park in West Heidelberg. 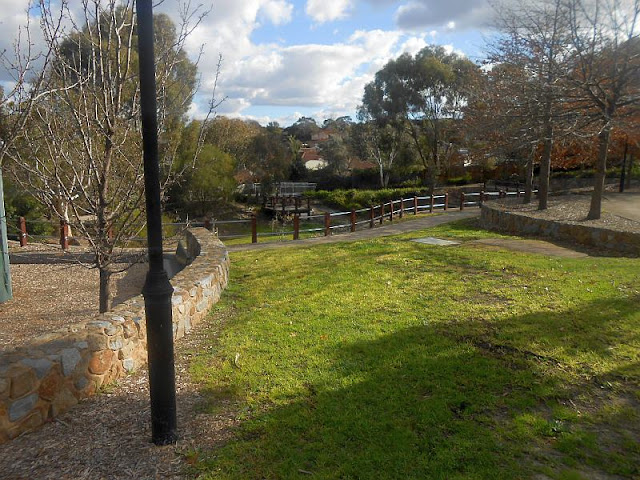 The name derives from the old 134 metre radio transmitter mast which stood at the site until its demolition in 2002, which had been a local landmark. The radio station was the former 3DB/3TT AM transmitter which operated on 1026 kHz.

The Park is on the site of the original earth-mat excavation of the old radio station, and consists of a stone amphitheatre, a sloping wooden lookout platform, a childrens' playground, formed walking paths, decorative stonework, and wooden seats.

Originally, it included a lake, as a retarding basin, to mitigate flood damage downstream from a creek and stormwater runoff, which has now been converted into an underground barrel drain. Two stormwater outlets empty into the facility - the outlet is next to the lookout, protected by a steel grid..

The paths are surrounded by steel and wooden safety handrails.

Sadly, the lake is now quite dry, and has become an unsightly rubbish dump - furniture, old bikes, and household garbage are littered on the lake bed, along with brick rubble.

No trace remains of the radio infrastructure. 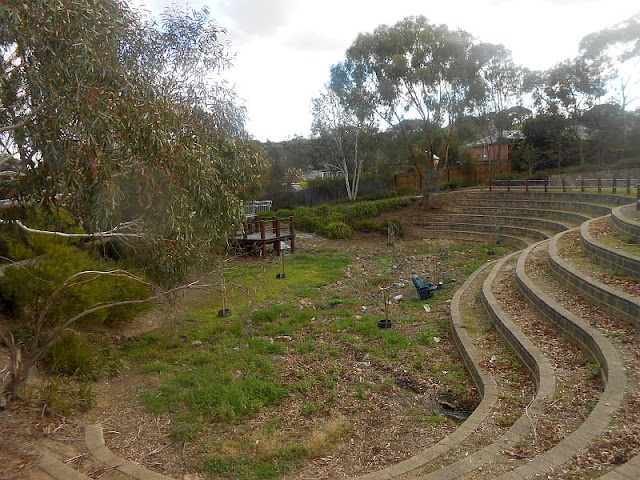 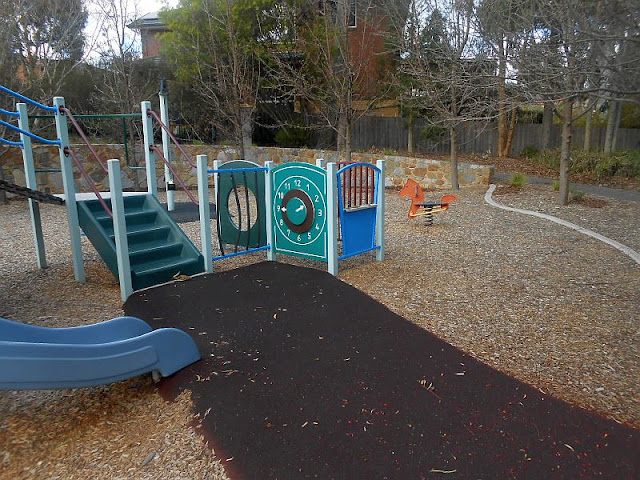 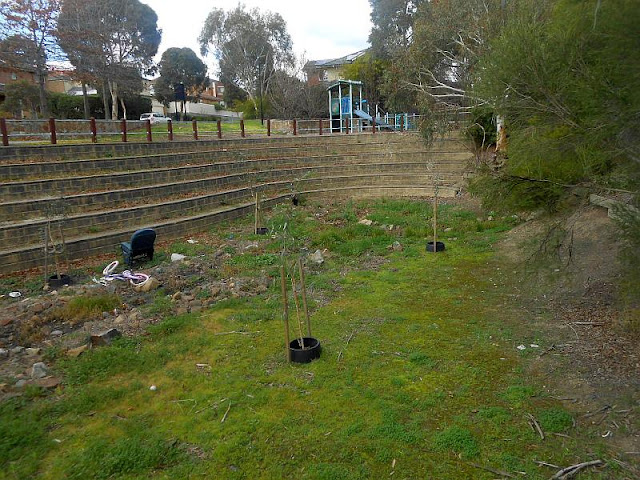 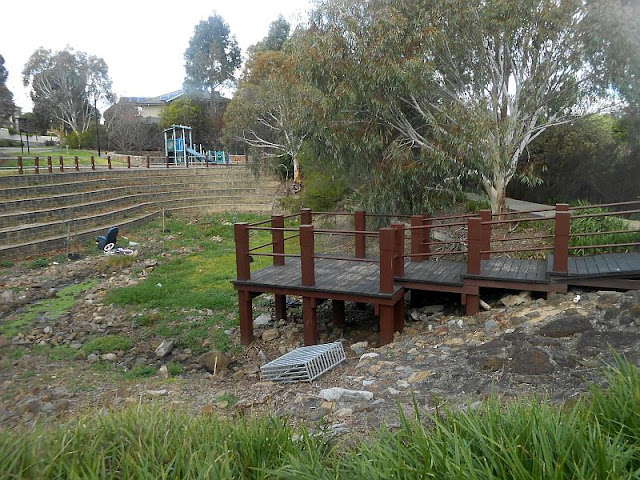 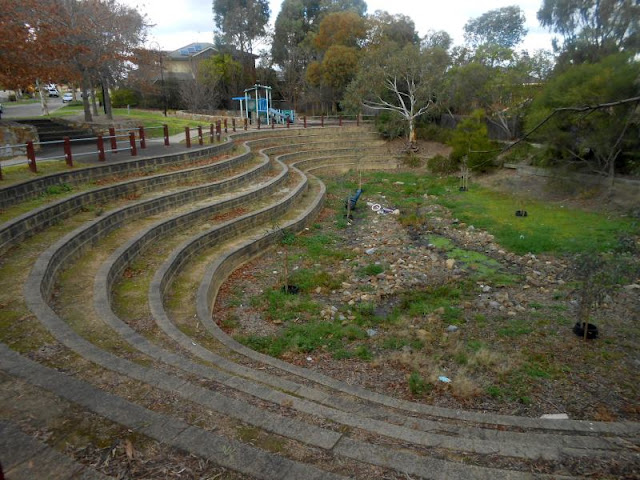 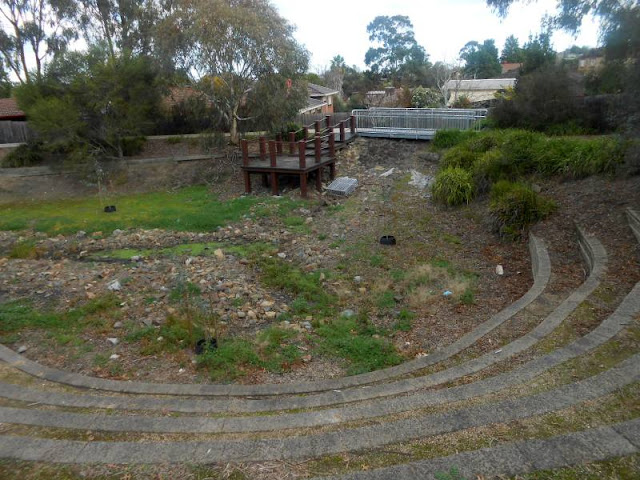 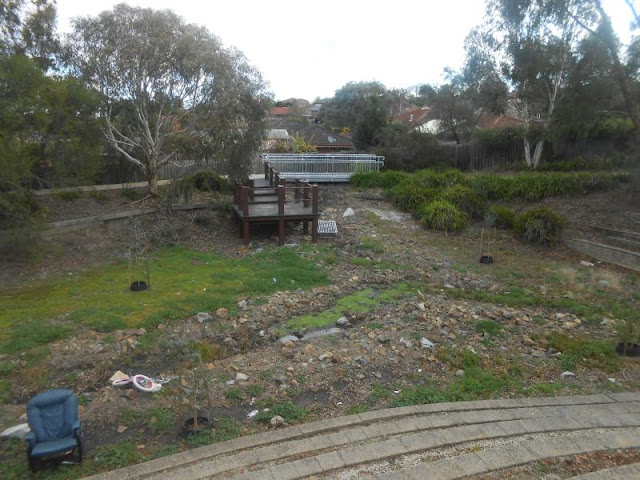 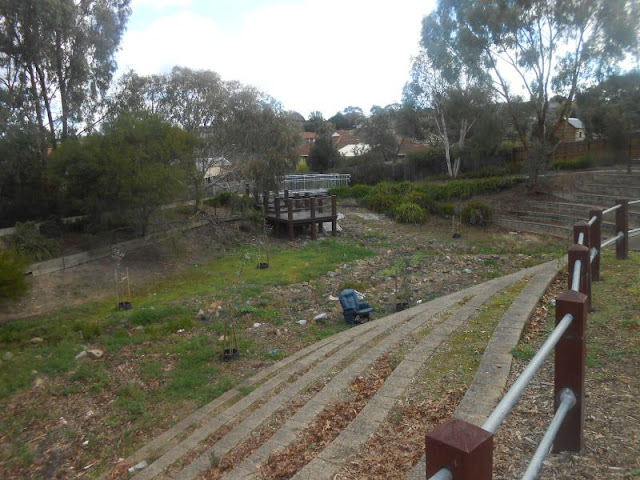 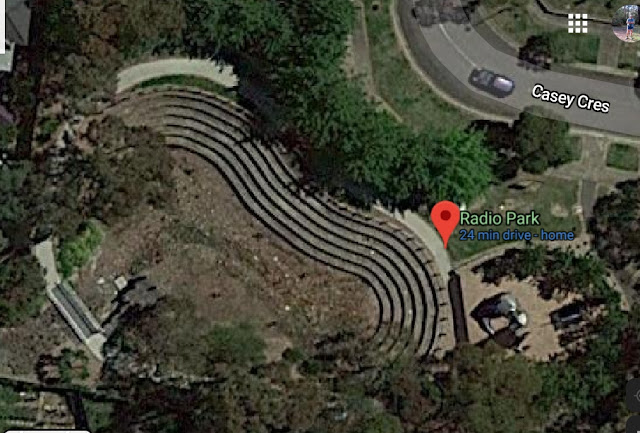