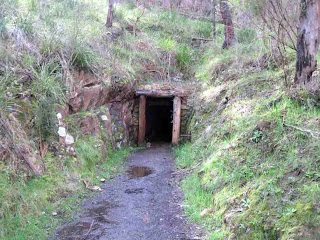 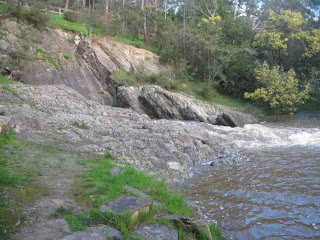 My 3 km hike started at the gate at the end of Tunnel Rd, then followed the Trail around the old mines of Fourth Hill.

This reached the Wildcat Gully Track at the foot of Fourth Hill, when took me back to the starting point.

Several mines were passed - interpretative signs along the Trail describe the various nmining features, with reproductions of old photographs.

Information about the Trail, and a map, may be downloaded from

I also visited the nearby Pound Bend area, showing the Yarra in flood, and the Tunnel.

See all of the Photos of my exploration!
Posted by Bob Padula at 12:37 PM