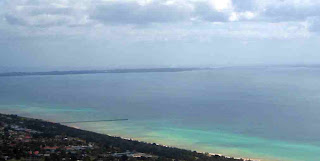 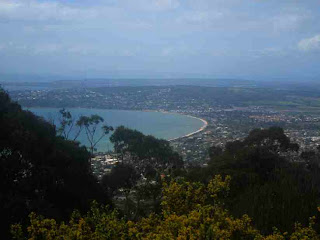 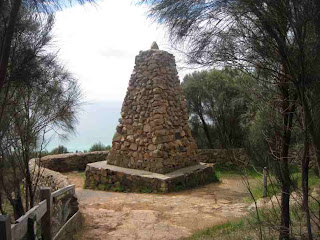 Rising above the Mornington Peninsula, Arthur's Seat is the most familiar of all Port Phillip Bay landscape features.

Its 314 m summit, reached by road or on foot, gives spectacular views of the bay and Port Phillip Heads. On a clear day the view extends as far as the city skyline, the You Yangs and Mount Macedon.

Matthew Flinders was the first European to climb Arthur's Seat after his ship entered the heads while making his circumnavigation of Australia in 1802.

The first owner of Seawinds was Mr Chapman, a gardener at a nearby homestead. The garden was developed by Sir Thomas and Lady Travers in the 1940s who planned to build a house there. This ambition was never achieved and the area was declared a state park in 1975.

The lookout and statues walks at Seawinds are a highlight of a visit to this site. The tracks are gravel and sloping in parts, but are otherwise fairly accessible. There are steps on one side of the Bay Lookout. Both lookout areas have flat grassy surfaces.

I visited Arthur's Seat on Thursday afternoon October 7, 2010, and did the 3 km (return) Summit Circuit Walk, starting at the Summit carpark. This took me to the Flinder's Memorial Lookout, Seawinds Gardens, the Northern Lookout, the Bay Lookout, the Sculptures, and the Pond.

The track is steep in sections, and passes through bushland, much of which was destroyed in 2009/2010 bushfires.

See all of my Photos of Arthur's Seat Summit Track.
Posted by Bob Padula at 11:12 AM