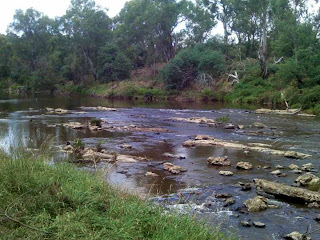 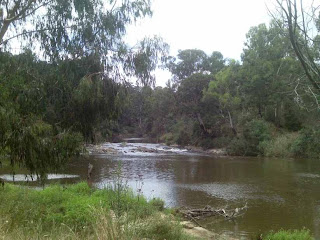 The pictures were taken on Monday afternoon Februry 6, 2012, showing the views, river scenes, lagoon, former hedges, and ducks, along the interesting 4 km (return) walking trail, which ends at the Griffith Bushland Park.

The river has several sections and exposed rock formations which are popular for swimming, paddling, and fishing during the warmer months. 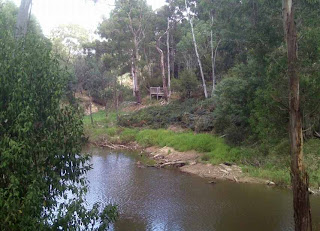 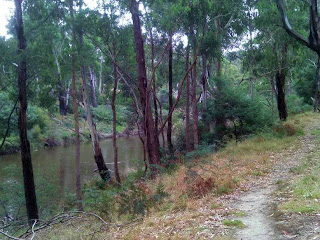 See the full set of Photos of my visit, and check out my YouTube video!
Posted by Bob Padula at 8:10 PM