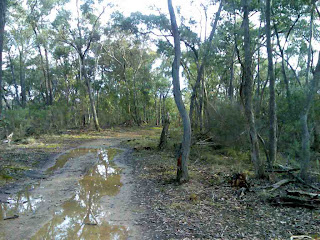 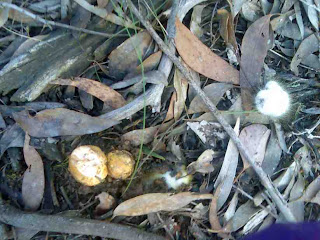 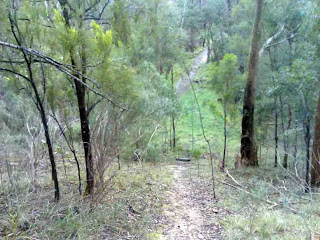 My aim was to explore the bushland in the Wildcat Gully, a former gold mining region in the years 1851 to 1905.

I then scrub-bashed up the hill, meeting Wildcat Gully Link Track again, and continued to the junction with Dead End Track, at the gate at Webb Street.

That was my turnabout point - I returned along Wildcat Gully Link Track, then onto an un-named rocky steep track, which took me down the hillside, to Wildcat Guilly track, then back to the car.

There were many colorful winter fungi!

This hike was about 3 km in total.

See all of my Photos of this trip!
Posted by Bob Padula at 9:17 PM