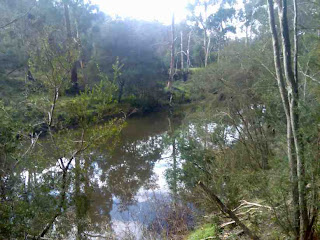 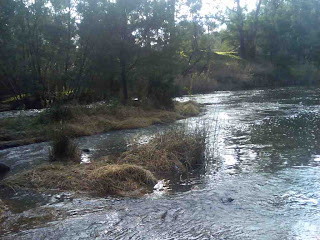 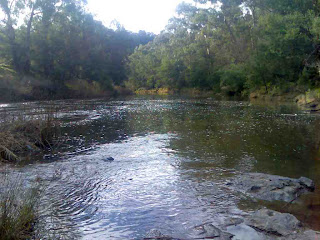 It is reached by following Bradley's Lane, off the Warrandyte-Research Rd to the end, where there is a small car park and picnic area, next to the Yarra River.

Immediately opposite is the Pound Bend Tunnel.

I followed the foot-track to its end along the river to the rapids, then returned, a distance of about 4 km total.

There were good views of the Yarra, the ducks, and the former orchard opposite.

Many colored fungi had appeared!

See all of the Photos of my visit!
Posted by Bob Padula at 8:45 AM